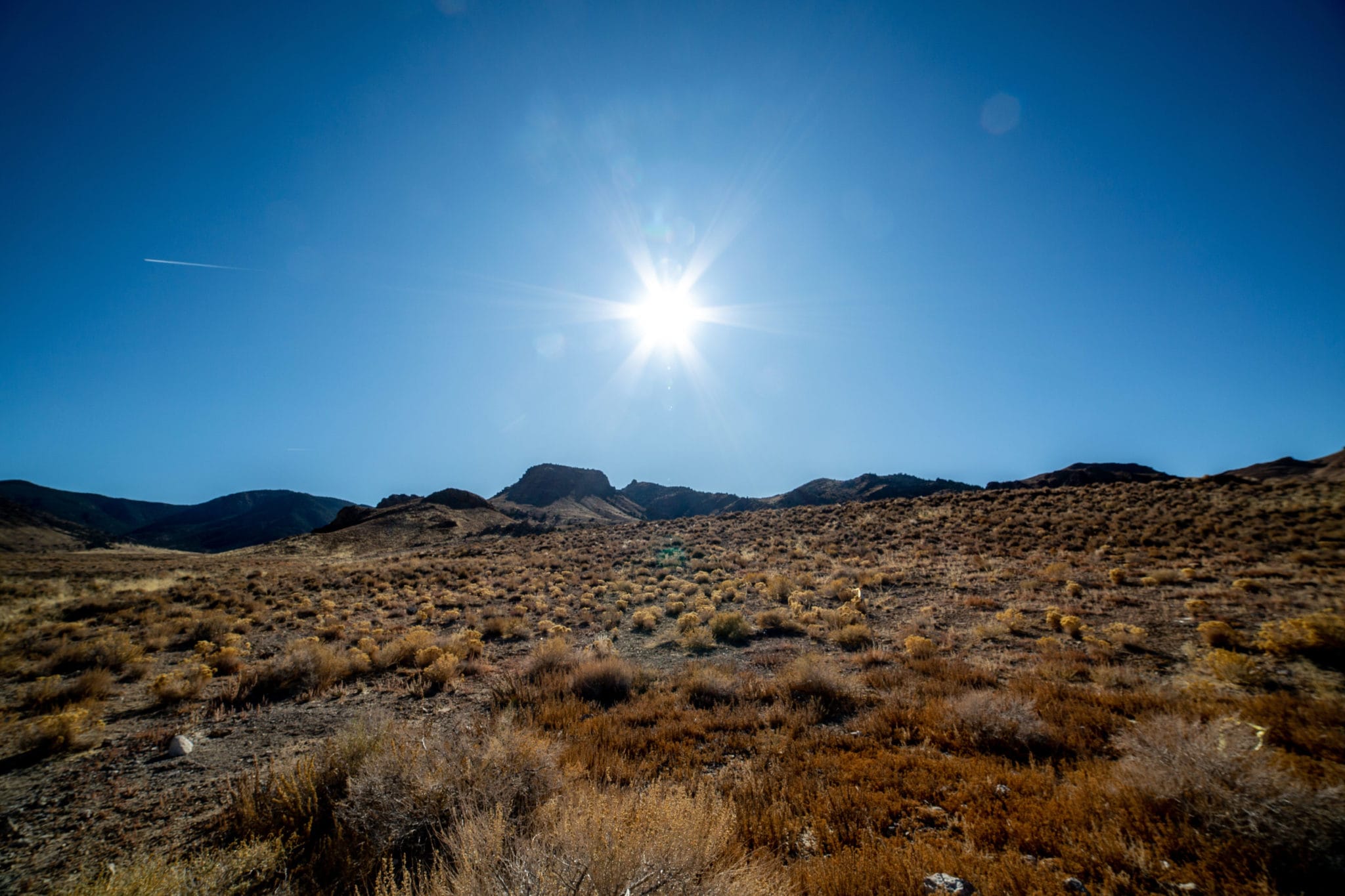 The Rhyolite Ridge Lithium-Boron Project is 100%-owned by ioneer USA Corporation, whose core mission is to develop a US-based source of environmentally and socially responsibly mined lithium and boron, two essential materials necessary for meaningful reductions in CO2 emissions.

By focusing entirely on the development and production of the materials necessary for a more sustainable future, ioneer hopes to help ensure the protection of all plant and animal species.

That long-term, big-picture goal doesn’t have to come at the expense of the flora and fauna found at the project area.

ioneer has conducted targeted activities at the Rhyolite Ridge project area in accordance with Bureau of Land Management (BLM) regulations to assess the mineral resources, as well as to complete multidisciplinary baseline studies. ioneer has spent over $50 million to conduct this work, a portion of which has already had a positive impact on the local economy.

One of these baseline studies defined the flora and fauna of the area. Amongst other species, this study had a focus on Tiehm’s buckwheat, a plant that was designated as a BLM sensitive species.

The findings of these studies, including the recent surveys conducted by ioneer, are documented in a baseline biological report prepared by EM Strategies.

As an outgrowth of the baseline studies and in response to our understanding of the limited known extent of Tiehm’s buckwheat, ioneer retained the services of two botanical experts (Dr. Roger Rosentreter and Ms. Ann DeBolt) to augment the company’s biological team led by a senior Nevada-based botanist, Ms. Kris Kuyper with EM Strategies and Ms. Michelle Tucker of NewFields, to develop protection measures that will ensure the persistence of the plant in natural conditions. These specialists are well-respected within the botanical sciences and all are members of the Eriogonum Society, a professional association whose members have expertise in evaluating, propagating, and protecting various types of buckwheat.

Nevada’s economic health is dependent on its robust natural resources. Increased demand for critical minerals to combat global climate change and reduce carbon emissions requires an innovative response to the environmental stewardship of all resources. ioneer intends to meet this challenge at the Rhyolite Ridge Lithium-Boron Project by minimizing potential impacts to Tiehm’s buckwheat associated with project development and ensuring the survival of this species.